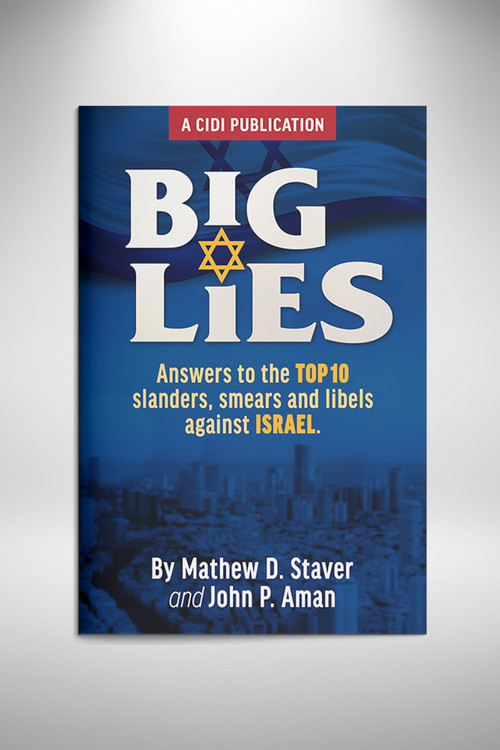 Big Lies: Answers to the Top 10 slanders, smears and libels against ISRAEL

You'll be able to see through the vicious and outlandish charges routinely lodged against Israel when you read Big Lies: Answers to the top 10 slanders, smears and libels against Israel. Here's one from a Nobel laureate, no less: "What is happening in Palestine is a crime we can put on the same plane as what happened at Auschwitz."

Auschwitz? The Jewish state is committing genocide? That's a lie... a very Big Lie! The truth is that life in Palestine has improved dramatically under Israel's rule, as Big Lies reveals. As you read this illuminating booklet, you'll gain insight into the whole interwoven web of anti-Israel lies, including these whoppers...

Dive in and receive compelling answers to each one of these false charges plus five more in this easy-to-read guide. Learn the truth about Israel and be ready to respond the next time you hear false and inflammatory charges made against God's chosen people living in the Jewish nation-state of Israel.