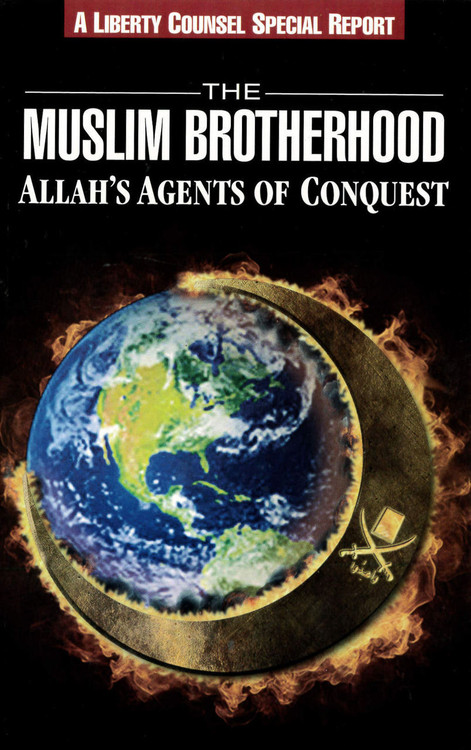 It’s banned in Egypt. Saudi Arabia, the United Arab Emirates, Bahrain and Russia all label it a terrorist organization.

Its motto declares “Jihad is our way, and dying in the way of Allah is our highest hope.”

And it is welcome at the White House.

Meet the Muslim Brotherhood, the shadowy international Islamic network active in some 80 nations and in America since at least 1963.

Director of National Intelligence James Clapper has described the Muslim Brotherhood as “largely secular” and a group that has “eschewed violence.” But federal investigators discovered a secret Muslim Brotherhood document in 2004 that reveals what this highly disciplined and covert entity has in mind for America:

So why have the last three presidents – Barack Obama, George W. Bush, and Bill Clinton - all forged ties with the Muslim Brotherhood? And what can be done to expose and stop its diabolical plot to infiltrate and destroy America?

Discover the answers in this eye-opening exposé and you will never again view America’s national security in quite the same way.