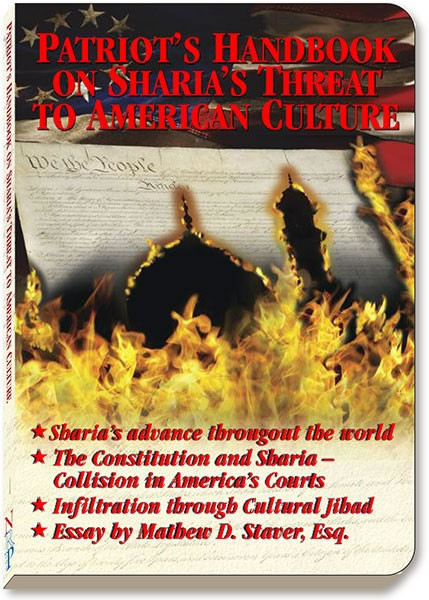 Order 10 or more and enjoy special $1 pricing, a $2 per handbook savings!

The advancement of radical Islam and the infusion of Sharia into a nation's judicial system are among the greatest threats to any freedom-loving country's culture, system of justice, and religious freedom.

The infiltration of Islam and the subtle implementation of Sharia (the legal system supporting the religion of Islam) is the first step in the systematic takeover of a nation through "cultural jihad". Among these radicals' highest priorities are the takeover of the United States of America and the nation of Israel, known to them as "the Big Satan" and "the Little Satan," respectively.

There are many historians and theologians who believe that the most far-reaching battle ever fought on planet Earth will be between Islamic and Non-Islamic cultures, including Christians and Jews.