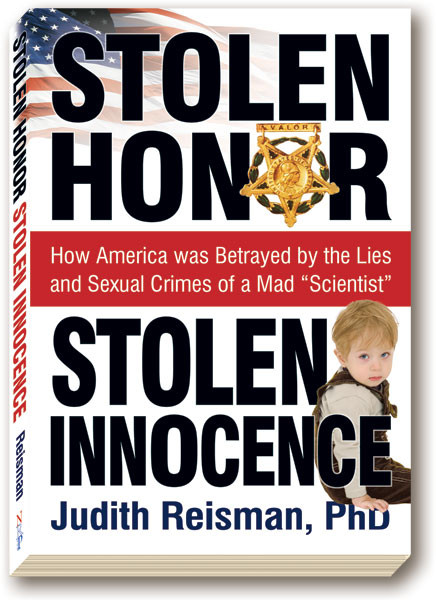 In 1948, traumatized World War II American veterans struggled to resume a normal life. Our Greatest Generation was unaware that the evil they defeated overseas had invaded their homeland with sexual libels defiling the Judeo-Christian foundation for which so many had fought and died. The (truly) mad scientist who secretly spawned this revolution was Prof. Alfred Kinsey, pervert extraordinaire and author of the famous Kinsey Reports on human sexuality of 1948 and 1953. Crammed with shocking statistics, these purportedly “scientific” volumes seemed to prove that most Americans were committing immoral, perverted and even illegal sex acts on a regular basis. Kinsey’s influence has Stolen Innocence from our children. ACCORDING TO HUMAN EVENTS, KINSEY’S REPORTS ARE THE MOST HARMFUL AMERICAN BOOKS OF THE 19TH AND 20TH CENTURIES. Dr. Reisman has conclusively proven how Kinsey’s frauds gutted our child and family protective laws, as well as justified Planned Parenthood’s school sex education, Hugh Hefner’s pornography plague, and the “gay rights” movement. The Kinsey Institute still gets millions of your tax dollars. Dr. Reisman demands a congressional investigation for Kinsey’s victims and university complicity in mass child sex abuse atrocities—employing at least one Nazi pedophile. Read! Then act on this knowledge for our very survival as a nation. Large 7”x10” Trade Paperback, 372 pages. Pre-order your copy today for a gift of $20 or more!