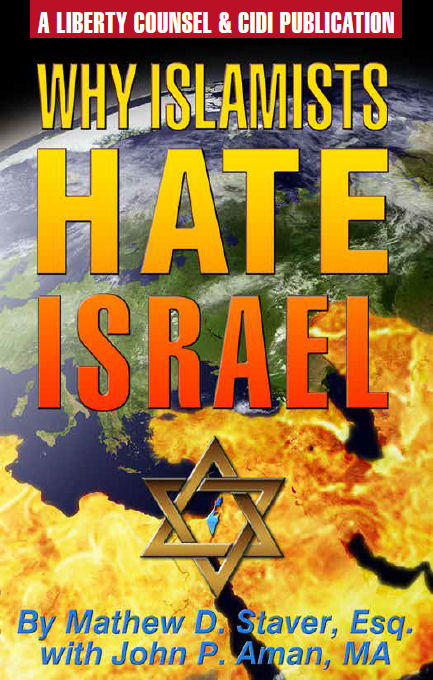 WHY DOES ISRAEL LIVE UNDER CONSTANT THREAT OF ATTACK BY ITS NEIGHBORS?

More than anything else, this one factor drives the Arab/Israeli conflict...

Jews danced in the streets, but the Arab world exploded in fury when Israel declared statehood on May 14, 1948. Within hours, five Muslim nations invaded the fledgling state in an all-out campaign to strangle it at birth.

Israel extended an olive branch, proclaiming its desire to live in “peace and good neighborliness” with Arabs. But the answer they received was war. “We will sweep them into the sea,” the Arab League’s Secretary-General boasted.

Almost nothing has changed since. Israel’s neighbors still want “to erase Israel from the map,” as Iran’s supreme leader recently declared.
But why?

What fills Arab hearts with malevolent ill-will toward Israel? Is it a dispute over land and settlements? Or is it the ancient grievance between Isaac and Ishmael?

The answer may surprise you.

This fascinating survey of modern Israel’s founding reviews the tragic story of Arab rejection of Israel. And it exposes the Jew-hatred embedded in Islam – the one factor that, more than anything else, makes true and lasting Middle East peace all but impossible to achieve.
Gain perspective and valuable insight into the Arab-Israeli conflict when you read Why Islamists Hate Israel.

Published by Liberty Counsel & Christians in Defense of Israel